How Open Theism Saved My Faith 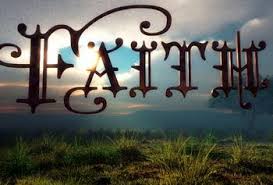 I don’t speak of it much, but there was a very recent time (Most of 2007) I was an agnostic with Christian tendencies.  😉  The real problems came to a head when I was fired from my second church.  Officially, the Assemblies of God – Michigan will tell you I resigned, but I was told to leave.  There is still a whole bunch of emotion attached to that time in my life, so I will leave it where it lays.  I will say only this, that if denominations actually used 1 Timothy 3 as qualifications for leadership, they would have very few people to lead them.

This event slammed me not only into a crisis of occupation but a crisis of faith.  It is not that I didn’t understand that Christians or even Christian leaders suffer this kind of thing.  What became a problem was the standard answers to these things from all the theological systems seemed not only inadequate but also really not Biblically based.

I very early in my Biblical studies and theological thoughts I rejected Calvinism.  After some theological training even Total Depravity died for me.  There is nothing Biblical about what Calvin or his followers believe.  You have to basically ignore many passages of plain reading of Scripture to get Calvin’s way of looking at God.  If God causes people to be sinners, then James has a lot to answer for in the first chapter of his book for instance.  Double talk abounds in Calvinism.  Sorry, it’s not paradox, it is double talk.

Arminianism offered a little more hope but the belief that God knows everything but doesn’t cause everything offers small comfort.  Over time I had to conclude that if God possess this type of knowledge, it does not seem to do him any good.  I mean why try to persuade people to love you when you know from all eternity they will not.  Seems to be kind of stupid to try to change things, if you have that kind of knowledge.  The Bible does not seem to support this idea either.  “Come let us reason together…” does not seem to make any sense if the outcome of that reasoning would be known with certainty from the time you said “Let there be light.”

I had toyed with open theism many times, but during this crisis it seemed to me the only chance I had at saving my faith.  I knew though I would have to search things out.  On a personal level I told God that I would read through the Bible one more time (chronologically) and that he would have to reveal himself to me by the time I hit the last verse of Revelation or I was done.  From an open theist point of view, I knew I would have to answer a few questions.

1) What is Time and what is God’s relationship to it?

2) Does God always get what he wants?

3) Being eternal, would God’s objectives be time based?

There were many other related questions but these were the one’s related to God’s knowledge of the future.  If there is a great problem with conventional theology, it is all the absolutes that are contradictory in this area and I was attempting to see exactly what the Bible said the answers to these questions were.  As I read the scriptures, it became clear to me that conventional theology does not work.

1)  Try as I might, no verse of Scripture indicates that God created time. He passes through it untouched by its effect, he sets up sun, moon and stars to order it and he sets day and night, but there is no moment we have in all of Scripture that says “God created time here”.  There was also no verse of Scripture that I could find that says: “God stands outside of time and looks down on the whole thing.”  If anything, for God to work in history he also must be in or part of time in some way.  Otherwise, things do not work very well as Biblical revelation follows a historical path as it goes along.  Part of what makes redemption work is the passage of time and the progressive revelation of God’s will in that passage of time.

2) God does not always get what he wants.  In fact many do not accept salvation, but 1 Timothy 2:4 is pretty clear that it is God’s desire that all men to be saved and come to knowledge of the truth.  This is God’s desire, but it does not happen.  Along with the emotions of God such as grief and anger, indicates that there is a will that God strives for, but does not always obtain.

3) Because God is not affected by the passage of time in that he grows old or dies, my question became why would every day being exactly as he desires it be part of his purpose?  Would not a better goal or objective be some thing that really does not have anything to do with how long it takes but what the result would be that we are striving for? The more I read, I became convinced that God is working toward a purpose that has nothing to do with putting every day on a timeline.  He is striving for a certain relationship with humanity and is doing so despite the obstacles of freewill and disobedience.  No matter how long it takes he will work at this until either he is successful according to his own definition of success or He (like he almost did in Genesis 6) decides it is time for humanity to be destroyed.

The God of Scripture is in it with me.  The Father, Son and Holy Spirit all are in time with me and as such can feel what I feel and understand who I am.  Because they struggle they know how to help me with mine.  Jesus is the ultimate incarnation of this as he has faced everything I will face and proven victorious.  Truth is, sometimes senseless things happen to good people and there is no reason for them than pure evil.  God never promises that they won’t but he does promise to work them into something good when we submit to his authority and follow his direction.

Here is a God I could have faith in because here is a God who is truly above me in power and knowledge and yet like me enough to understand me and still love me anyway.  He is a God of the messiness of relationships with people, not the God of ordered cold timelines.

The result was I have embraced the idea of a God with ‘limits’ but not ones that are significant enough to stop him from being God.  If it was not for open theism and the ideas that lead me to a different understanding of the God of Scripture, I would not be a believer today.  In fact I am fairly sure I would not be anything at all.  Open Theism saved my faith.

9 comments on “How Open Theism Saved My Faith”