The Bible and the Sex Industry – Part 24 – Application: Christians and the War on Lust 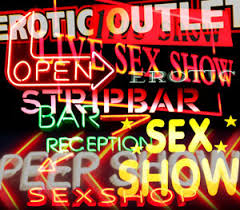 Christianity has been at war with the sex industry in the United States probably since the country began.  The problem I have had with this war in recent days is that we are losing.  I don’t think this is simply because the sex industry is getting stronger in its power and influence, I think this is because Christians are in large part missing the heart of the battle.

Having now gone through the Bible I would have to say that the primary problem we have been having as Christians in the war on lust is that we have been trying to fight the supply side of the problem rather than the demand side.  History has shown time and time again that this is folly and stupid but we keep doing it.  As long as people have a sinful desire, they will search for an outlet whether that outlet is legal or illegal for that desire.  The real challenge is how to get rid of sinful desire in a person.  This is the subject of this post.

The more I looked at how the Bible talks about the various issues of the sex industry I had note that both Israel and later the church both had a singular desire for viewpoint – keep lust from being a problem INSIDE the people of God.  There is no call in either the Law of Moses or the apostles later in the New Testament to abolish prostitution, change the dress styles or destroy erotic art outside of the people of faith.  In fact, I would say the apostles would consider it folly, particularly Paul to do so.  Paul’s issue was always the purity of the church, not the purity of society around the church.  James nailed this to the wall in chapter one of his book saying that each man is tempted not by the world around him but his own desires.  John in his epistles talks about lust in the context of keeping it out of the church.  His point was the world was what it is, the objective of Christianity was to have love to counter its lusts.

The New Testament plan for eradicating lust is ultimately to get people to accept the gospel of Jesus Christ, let the Holy Spirit do his job in purifying the believer and have those in the church genuinely love each other enough to both engage in genuine discipleship and accountability with each other.  The lust problem is a spiritual struggle from this point of view, not a political or social one.  We will not solve it through legislation, picket lines or petitions.

Firstly I think we the church need to recognize that we have our own lust problems.  As a community of faith we have very little right or moral authority to judge others as long as the beam is in our own eye.  As long as Christian men and women give into their lust in various ways this will be true.  The fact that pornography use is higher based on percentage among Christians and in particular ministers should be more alarming to us than there is a strip club in our neighborhood.  We need to recognize the need to get our own house in order before we go telling others how to fix theirs.  The Bible always directs the man or woman who lusts to take whatever means necessary to bring it under control.

Secondly, part of this should be that we need to teach a more Biblical understanding of nudity and sex.  Neither are sinful in and of themselves, it is all a question of how they are used by human beings.  For the most part, the teaching on both nudity and sex from the church has been negative.  The fact is the Bible actually has a fairly positive message about both and this needs to be emphasized.  Part of this is that we need to stop saying the two are always related.  I have gone into length on this in all my God and Nudity series for the issue of nudity so I will not beat that drum here.  What I have not  really addressed is sex.  Simply stated we need to stop teaching that sexual intercourse is a bad thing.  What we need to start teaching is that using sexual intercourse for the gratification of lust is a bad thing and their is a world of difference.  One in its purest form is about being human with each other in intimacy and the other is objectifying the other person as an object for personal gratification of desire.

The Christian woman who observes the prostitute standing on the corner and thinks that she is better than the prostitute or thinks the prostitute is her enemy because she might tempt her husband to lust or who simply thinks: “I am glad I am not her” is guilty of spiritual pride and is no better than Pharisee in the Parable of the Pharisee and the Publican.  Such sights should move us the same way they moved Jesus  who saw them as lost sheep without a shepherd who needed  his grace and love.  Truth is we all were pimps and prostitutes in a certain sense before Jesus found us.  Doesn’t make us better, just people who have accepted his grace.

“But Rabyd Theologian, I still see the damaging effects of the sex industry on society and want to stop it”, you might say.  Me too.  I just have  decided to hit the problem from the other direction.  I ask you a simple question: If lust does not exist what happens to the sex industry?  The sex industry is the effect not the cause so if lust is gone, the effect will also disappear.  Want to see the strip club  down the street boarded up?  Get everyone in a fifty mile radius to accept Christ and give up their lust toward people and exchange it for love of people.  Without the lust of men and women to fuel it, the strip club can’t stay open.  It is the gospel itself that is the cure.  Once the cure is truly in a person’s heart, the effects will dry up.  This in my mind is the biblical approach.

Next: Appendix A – A New Battle Strategy for the War on Lust.

One comment on “The Bible and the Sex Industry – Part 24 – Application: Christians and the War on Lust”