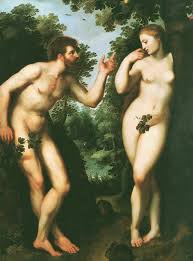 I guess I have become a mini-sensation about nudity from a theological point of view.  I am not really a nudist or naturist but I have written pretty extensively on the subject.  I originally got going on this whole thing when a friend asked me a practical ministry question about his college age daughter going on spring break to Jamaica where the plan was for her and her friends to go topless.  My friend wanted to know what the Biblical argument was against this.  That question has lead me down an interesting path.  First, it lead me trying to define the issue in a series called Nudity, Modesty and Culture.  After that, I decided to look at the issue more closely and actually go through the entire Bible to find everything that could be found on the subject and then draw some conclusions in a series called The Bible and Nakedness.  More recently, I am currently engaged in a series called Naked Before God where I am dwelling on the idea of nudity as a spiritual discipline.  The sub pages of this one all will lead you to every post in these three series.

7 comments on “God and Nudity”