Who is the Bartender? 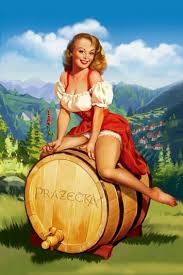 I know this seems like an obvious question with an obvious answer.  Most people assume the bartender is my alter-ego and that is not far from the truth, however it is not completely true.

It is true that the bartender and I do share the same personality and our life experiences do indeed seem remarkably similar, he is more of me on an alternate timeline and in an alternate universe.  There are certain decisions he makes that I am not sure I would make in the same context but he is because his history is somewhat different than mine he makes those decisions and it feels as natural as the decisions I would make.  The bartender and I have remarkably similar philosophy and theology but at the same time I feel at times I use him to play what I wish I could do but wouldn’t dare because of my history and situation.

There are definitely parts of him that are character and not me.  I would, because of lack of experience, be far from comfortable in a clothing optional pub for instance.  He walks and wades through it as if it is second nature.  If perhaps I found myself having to deal with the same situation I would like to think I would become more like what he is.  I at least hope so.

That said there is a lot of me in the bartender.  My attitudes and beliefs are there but altered to fit a theology pub rather than being a minister.  I am in there, but at the same time the bartender can on occasion be himself and not be confined by the ethics and mores of a pastor. He is after all bartender.  He also might be my twin if I had one just on a different career path.